On the river trout fishing side we will have talks by Mackenzie Pro Paul Proctor and Irish competition angler Peter Driver. Paul will be giving a casting demo and also a talk on dry fly fishing. 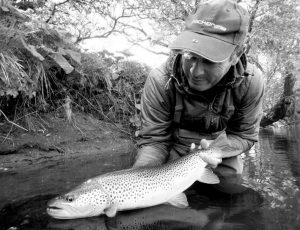 Both Paul and Peter also fish for grayling in the winter months. 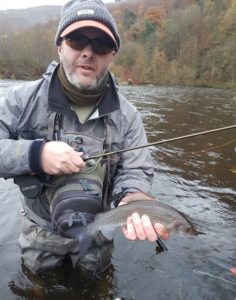 Peter Driver with a nice grayling.

Also joining us at the fair will be sea trout angling guru and author Steffan Jones.  Steffan will be giving demonstrations and talks on sea trout fishing at the show. 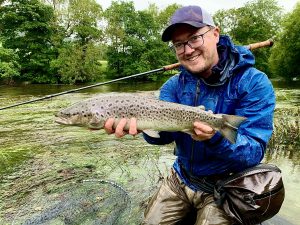 We will a range of fly tyers at the show who will be tying all sorts of trout flies from nymphs, wets, lures, dries to saltwater sea trout patterns.